GSD® are proud to announce a partnership with René Meulensteen on a new Reggie® soccer product. René Meulensteen is on evidence one of the world’s best first team coaches. A Dutch football coach and former first team coach at Manchester United, winning Premier League titles and the Champions League. René worked alongside Sir Alex Ferguson for many years.

Graham Shapiro, GSD® CEO & Founder commented “This app will be a unique tool, using the ‘René Meulensteen soccer coaching philosophy’ to analyse, evaluate, assess players performances and development at any age and level. Rene’s coaching methods have helped players like Cristiano Ronaldo and Wayne Rooney. I saw these methods myself in Orlando during a Meulensteen Academy session at the NSCAA Summer Symposium. I’m sure Reggie® Soccer will be used by players and coaches from all over the world.” 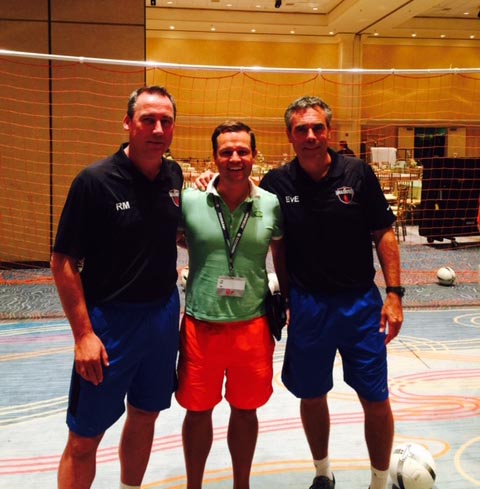